Predator FREE Wildlife Sanctuary Islands are managed by the Department of Conservation (DOC). E-ko has Concessions issued by DOC to take Guided or Unguided Visitors to these special locations.

Many Rare and endangered Species are on the islands and they are used to Breed up Critically Endangered Bird Species.

Rare Species like Rowi Kiwi which have been down to only 150 Birds in the wild have now been saved and numbers are over 600 Birds. This has been possible through Project Nest Egg which E-Ko has sponsored for over 12 years by giving FREE transport to the employees of the project to Motuara island. On some of our Tours, you can see young Rowi ( rarest NZ Kiwi) be transported and help release them.

On Blumine Island is the rarest NZ bush bird the Orange Fronted Kakariki which E-Ko transported for FREE to help re-establish this Critically Endangered Species. Now with over 100 Birds on the island, an essential colony has been established to save this species from Extinction. We have 98% success now in seeing this species which makes it the best place in NZ to view the rarest Bush bird.

New Zealand King Shags are one of the rarest Seas Birds in NZ and can also be viewed on most of our Tours as the rest on the Predator FREE islands and we E-Ko their timetable. This species has a lot of History and is endemic to the Marlborough Sounds. 99% Success rate of seeing them. 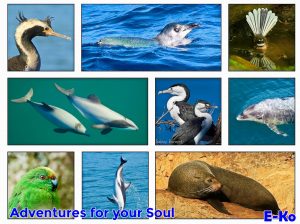 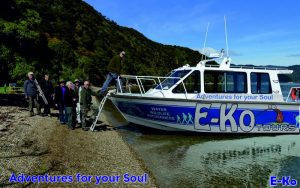 Blumine & Motuara in One Day 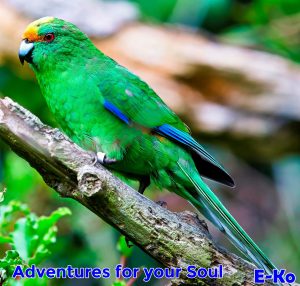