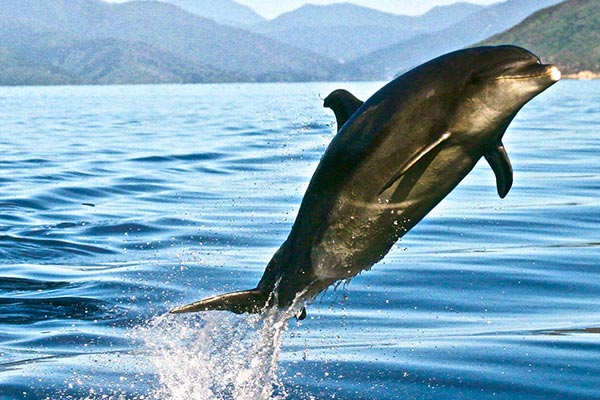 Bottlenose dolphins are found throughout the world’s oceans (except for extreme polar latitudes) and are frequent visitors to the Marlborough Sounds all year long. These dolphins move into the Sounds in large social groups, consisting of groups ranging from 2 – 60 individuals!

We never know where they will be yet are always happy to see them, and they are delighted to see us. The Bottlenose are very social Dolphin and interested in interacting with us humans, they love to look up if you are watching them or come and check you out if you are singing to them underwater. A truly beautiful, highly intelligent and now in New Zealand vulnerable animal. 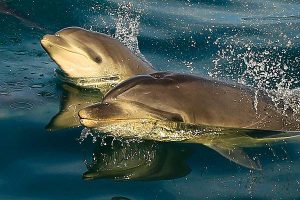 We have the largest population which remains relatively healthy due to our careful conservation minded interactions with them. They are affected by to much social interaction with boats, and this has decimated their population in NZ, now less than 1200 animals nationwide. So every time we see them its a joy.

They can weigh up to 750kg making them the largest of the Bottlenose Dolphins worldwide and long-lived. This animal truly encompasses what a Dolphin is to man and each time you come on our tours you are supporting them through the data we collect on them.

At E-Ko we have the oldest dataset in New Zealand are continuing to maintain it for sustainability.