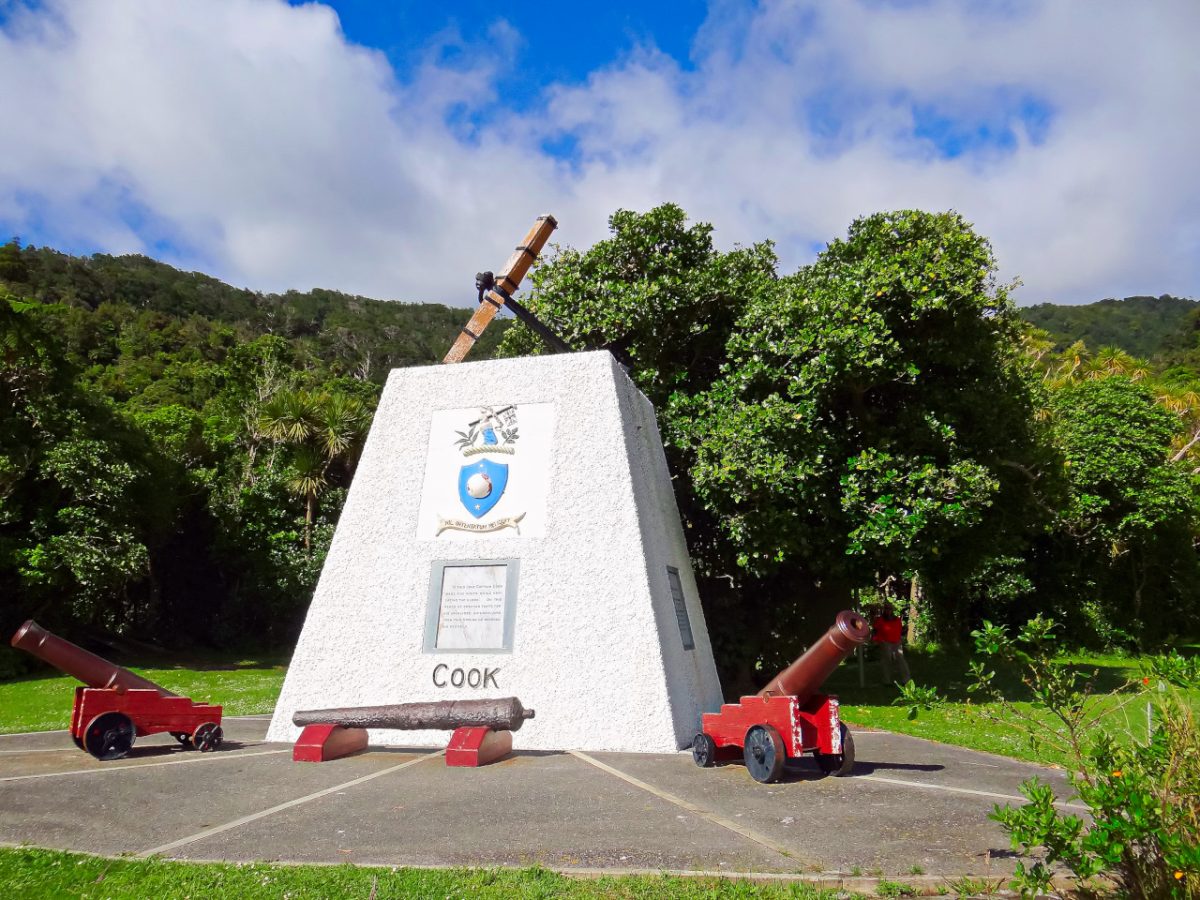 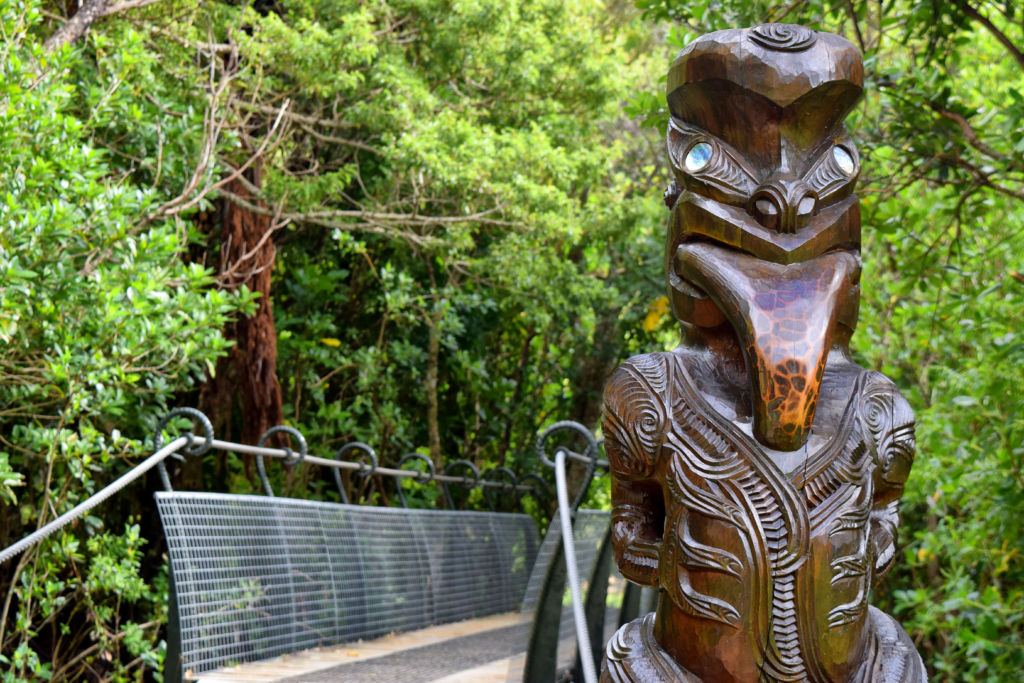 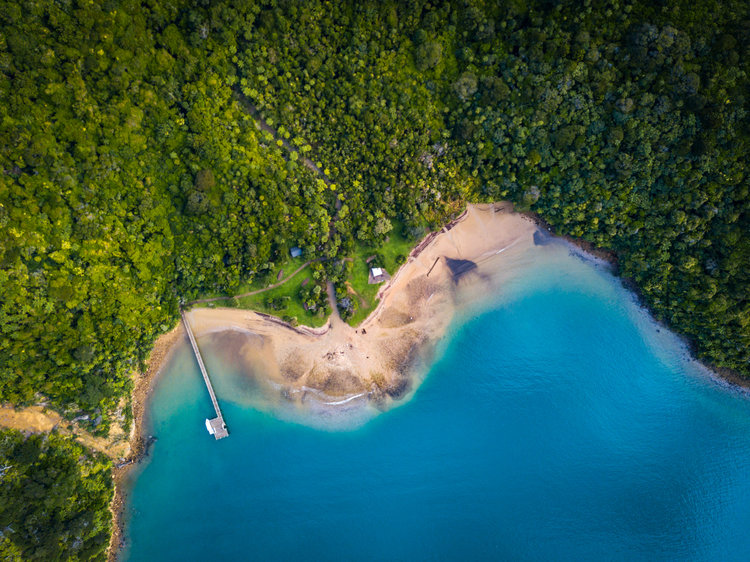 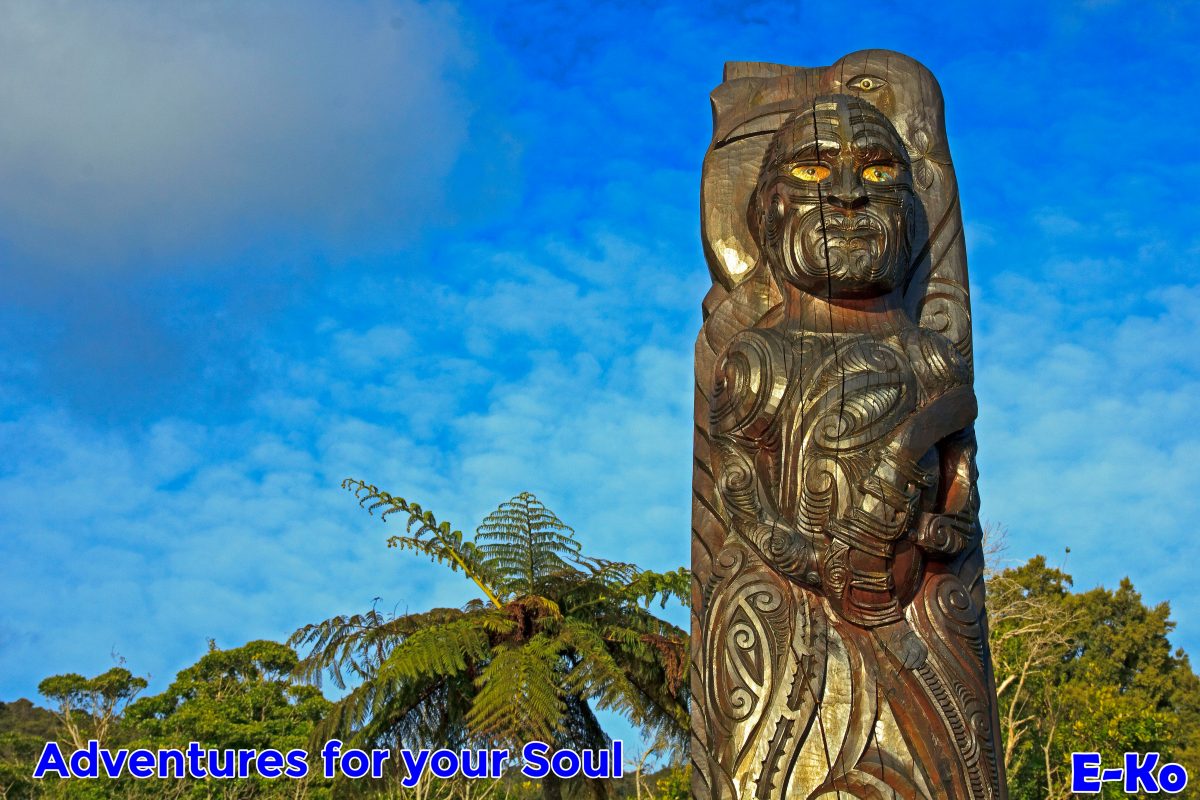 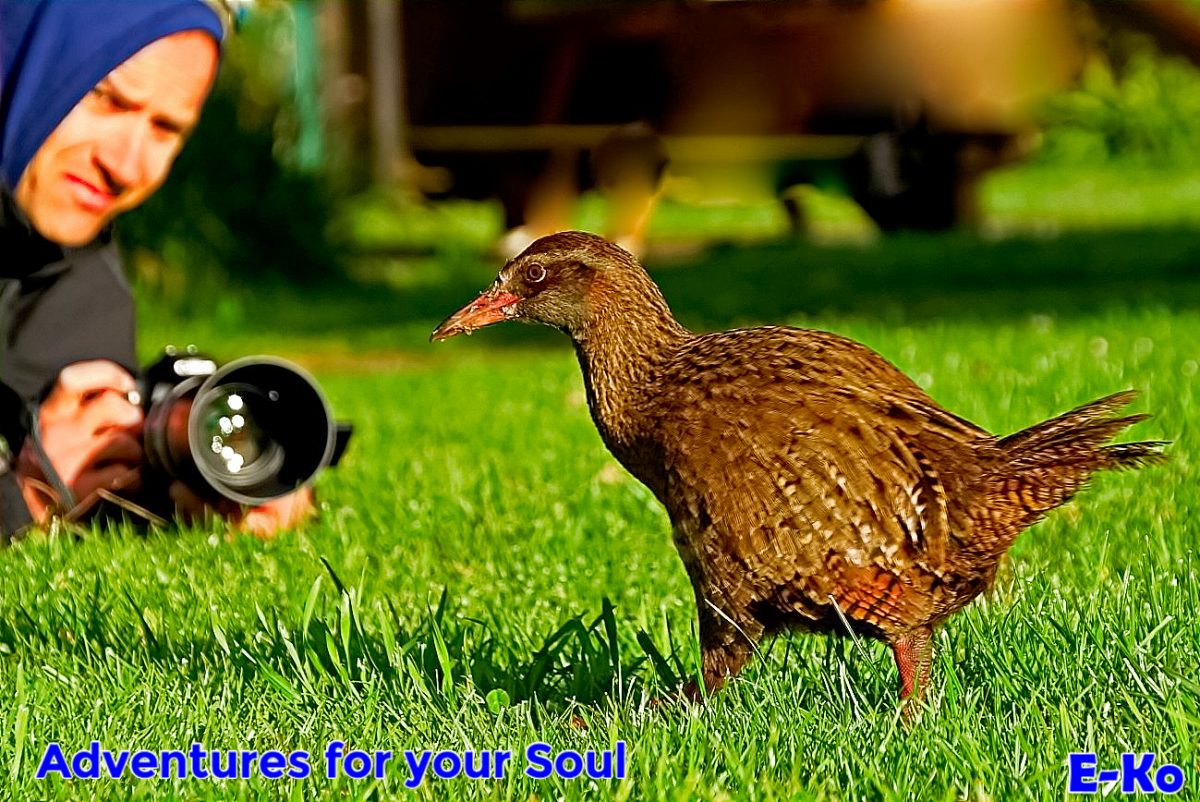 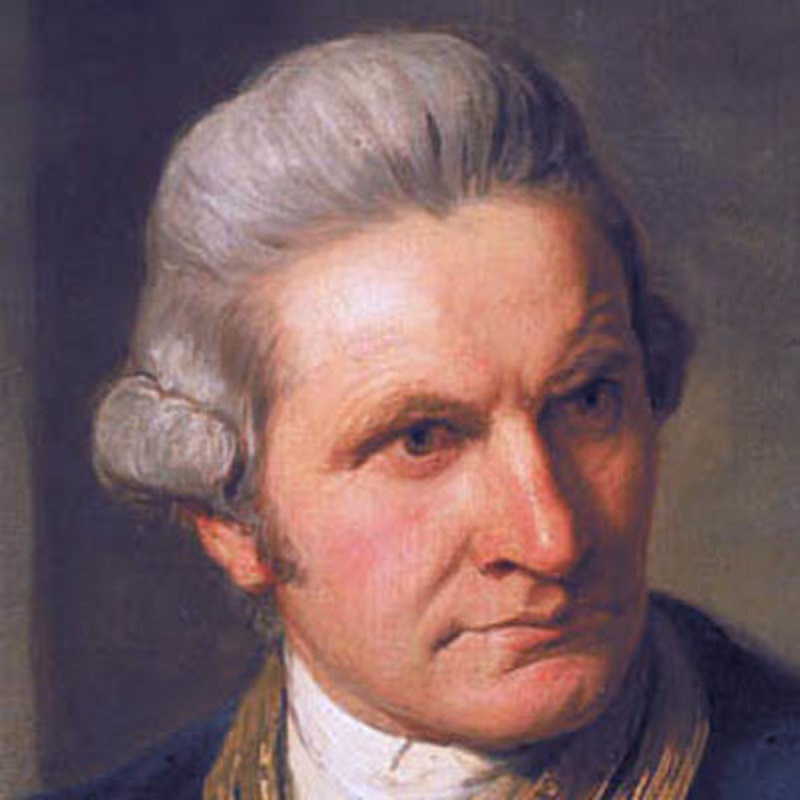 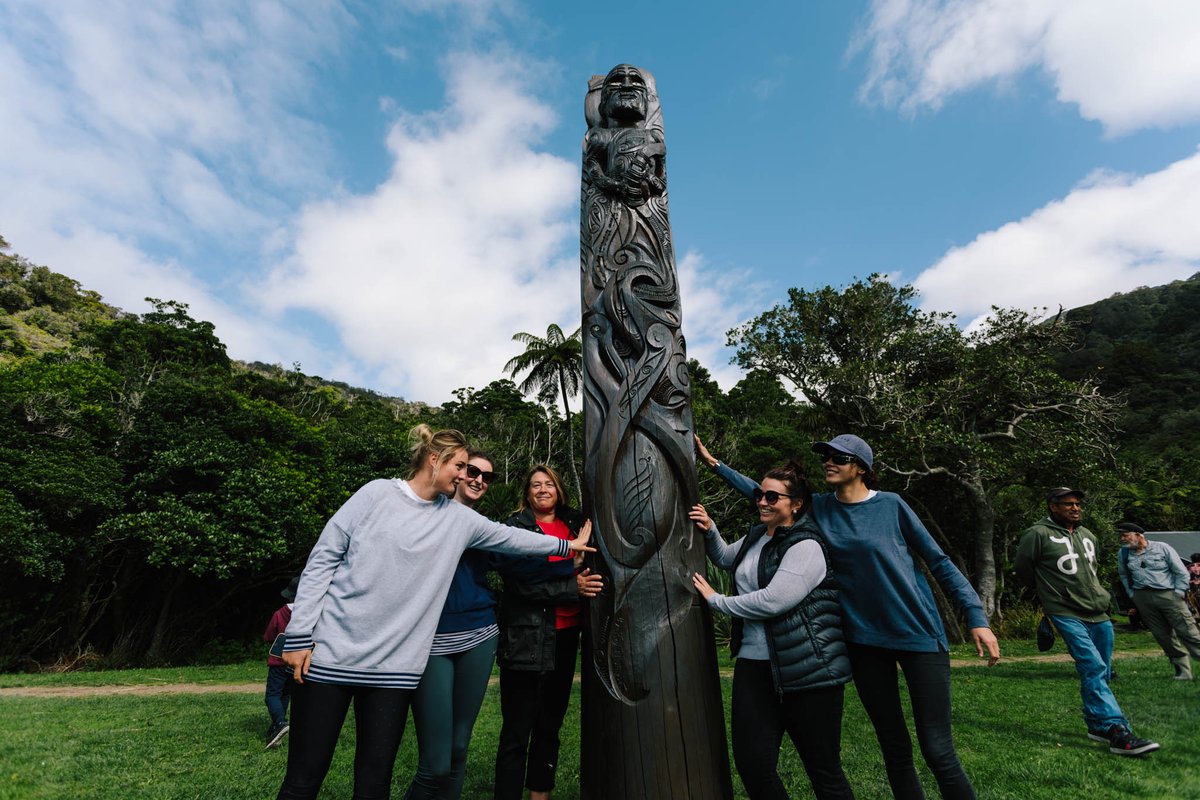 The information can be used in Class or arrange a Special Educational Tour for the children to see where our country started and where we formed the New Zealand culture ;

A community commemoration of the first encounters between Māori and Europeans and the
common threads between them - voyaging, discovery and connection to nature.

In January 2020 it will be 250 years since James Cook sailed the Endeavour into Meretoto/Ship
Cove in Tōtaranui/Queen Charlotte Sound. (Tōtaranui 250)

In Captain Cook's three voyages he spent more time at Ship Cove than anywhere else in New
Zealand spending about 170 days there in total. On 31st January 1770, he raised the British Flag
and claimed sovereignty of the South Island of New Zealand in the name of King George III at
Motuara Island - opposite Ship Cove.

He considered it to be an ideal place to allow his sailors to rest, to gather vegetables, fish, shellfish
and fresh water from the creek and to repair his ships. It is also the place that Captain Cook and his
sailors spent the first amount of sustained time with the Maori people, Ngati Kuia - it would change
the Maori way of life forever.

Commemorations are to begin in late 2019 when a replica of Cook's ship Endeavour was available
to travel to the Marlborough Sounds. It will be moored at Ships Cove and in Picton for a number of
days.

November 21st at Ship Cove and in Picton until 24th of November.

Members of the public will be able to board the replica and see what it was like to live on the
HMS Endeavour and be a sailor in the 18th Century. Other activities and events will also be
planned for Picton during this time.

Who was on the Endevour ? What was their Purpose ?

The first voyage of Captain James Cook was a combined Royal Navy and Royal Society
expedition to the South Pacific Ocean aboard HMS Endeavour, from 1768 to 1771. It was
the first of three Pacific voyages of which Cook was the commander. The aims of this first
the expedition was to observe the 1769 transit of Venus across the Sun (3–4 June of that
year) in Tahiti and to seek evidence of the postulated Terra Australis Incognita or
"unknown southern land". (Wikipedia) This mission was classed secret...
‘so soon as the Observation of the Transit of the Planet Venus shall be finished’ to
proceed to search for ‘a Continent or Land of great extent, [which] may be found to
the Southward’ and ‘You are also with the Consent of the Natives to take
Possession of Convenient Situations in the Country in the Name of the King of
Great Britain or if you find the Country uninhabited take Possession for his Majesty
by setting up Proper Marks and Inscriptions, as first discoverers and possessors.’
(National Geographic Kids)
Travelling with Cook was Joseph Banks, an English naturalist, botanist and patron of the
natural sciences. Banks collected an enormous number of specimens on the way and, on
his return, his scientific account of the voyage and its discoveries sparked considerable
interest across Europe.

Tahitian Navigator Taupia on the Endevour !

When the HMS Endeavour left Tahiti they had on board a Polynesian navigator by the
name of Tupaia. Captain Cook utilised Tupaia’s expert navigational skills and his
extensive knowledge of the Pacific along with his ability to act as an interpreter of
language and customs. Some say that Tupaia’s ability to communicate with Maori saved
Cook and his men from certain death.

Banks proposed carrying Tupaia to England. Cook was reluctant, knowing that the
government would not meet the expense of an exotic guest. Banks, who had a private
fortune, volunteered to take financial responsibility. Famously, he wrote, ‘I do not know
why I may not keep him as a curiosity, as well as some of my neighbours do lions and
tigers at a larger expense than he will probably ever put me to. If Tupaia had suspected
this he may have turned down the opportunity, but he agreed to sail and to take Taiata
(wife) with him.

For the Europeans, it was to be a godsend. For Tupaia and Taiata, it
proved to be tragic.

HMS Endevour , Life On Board .

The Endeavour Replica is being built to the same specification as the original Endeavour, and to standards certified by the National Maritime Museum at Greenwich and the Australian National Maritime Museum. Where differences exist, these are to meet modern safety standards and / or to ensure that the vessel will have as long a life afloat as possible. The main differences are in the timber and the metal fittings used, and in the use of man-made materials for masts, ropes and sails. Instead of the traditional elm, oak or spruce, the replica is being built mainly from jarrah, a native Australian hardwood which will ensure a long life for the ship. Old growth oregon (Douglas Fir), especially imported from America, is being used for the masts, spars, topsides and decks. To prevent rotting and for crew comfort the replica will have better ventilation than the original ship and both modern and traditional preservatives are being used on the timbers. The larger masts and yards will be of laminated oregon. Iron fastenings will be galvanised. The rigging is polyester but has been made (on a 140 year old rope walk) to the exact specifications of the original rope. The sails are made of Duradon, a synthetic canvas which looks and handles the same as flax canvas.

Crew accommodation below decks will be as close to the original as possible. The crew will sleep in hammocks slung from the deckhead of the lower deck sleeping flat, as Cook's crew did. They will be less crowded than their predecessors as there will be only 36 in the crew, rather than Cook's 90 odd.

In accordance with Australian Maritime Safety Authority regulations, the Endeavour must have a modern galley, mess and ablutions facilities, engines, freezers and electronics, all of which must be housed below the lower decks, off limits to visitors. There will be a complete range of modern communications equipment, including a single side-band radio system, weather fax, collision radar and a Global Positioning System. The ship is being designated a commercial sailing vessel, which means large numbers of passengers will be allowed only on smooth-water cruises, although 12 invited people are permitted for other voyages. She will be registered as an Australian flag vessel but will wear the traditional 18th-century suit of colours in the harbour.

An average sized person must bend almost double to enter Cook's cabin aboard the Endeavour, where a platform to support the great man's humble bunk and stowage area fill a cabin that wouldn't even hold a large bathtub.

Joseph Banks paid to alter the great cabin of the Endeavour and outfit it in such a grand style that he could even stand up straight in it. He enjoyed a transom seat and windows onto the sea, in contrast to Cook's portless confines illuminated only by whale oil lamps. Because Banks kept every invoice for the elaborate refitting of his quarters, even the colours of the cabin and its carpeting can be reproduced.

Joseph Banks' own desk has been discovered: under a sheet in the basement of the Mitchell Library in Sydney.

To Find out More about Cooks Ship click Link Below

Find Out More about Cooks Ships

How can I get to Meretoto / Ship Cove

E-Ko Tours is the only local company to provide guided tours of this amazing location. We have been Guiding here for 20 Years.

All Tours work with the Interislander Ferry Timetable so you will never miss your Boat!

Educational Tours for Schools are also available and FREE educational material for Teachers.

This is a fantastic location to educate children on how New Zeland become a culture of mixed nationality and how we learnt as a Nation to be tolerant.

The period of Cook from 1770 -1779 and also Kupe arriving here 72 generations prior and the legacy these two events have left behind. On the way to Ship Cove, we stop with lots of Wildlife and educate on Sustainability and Kaitaikitanga.